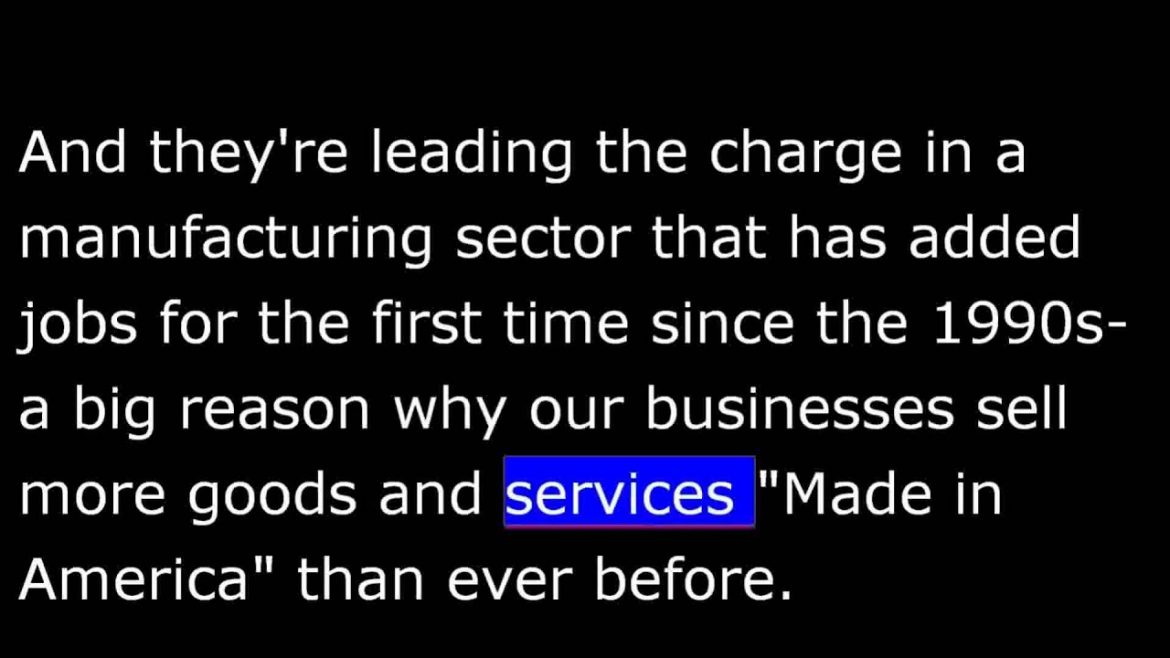 The White House
Office of the Press Secretary
For Immediate Release
November 23, 2013
Weekly Address: Working with Both Parties to Keep the Economy Moving Forward
WASHINGTON, DC— In his weekly address, President Obama said our economy is moving in the right direction. We have cut our deficits by more than half, businesses have created millions of new jobs, and we have taken significant steps to reverse our addiction to foreign oil and fix our broken health care system.
The audio of the address and video of the address will be available online at www.whitehouse.gov at 6:00 a.m. ET, November 23, 2013.
Remarks for President Barack Obama
Weekly Address
The White House
November 23, 2013
Hi, everybody. Over the past couple months, most of the political headlines you’ve read have probably been about the government shutdown and the launch of the Affordable Care Act. And I know that many of you have rightly never been more frustrated with Washington.
But if you look beyond those headlines, there are some good things happening in our economy. And that’s been my top priority since the day I walked into the Oval Office.
After decades in which the middle class was working harder and harder just to keep up, and a punishing recession that made it worse, we made the tough choices required not just to recover from crisis, but to rebuild on a new foundation for stronger, more durable economic growth.
Five years later, we have fought our way back. Our businesses have created 7.8 million new jobs in the past 44 months. Another 200,000 Americans went back to work last month.
The American auto industry has come roaring back with more than 350,000 new jobs — jobs churning out and selling the high-tech, fuel-efficient cars the world wants to buy. And they’re leading the charge in a manufacturing sector that has added jobs for the first time since the 1990s — a big reason why our businesses sell more goods and services “Made in America” than ever before.
We decided to reverse our addiction to foreign oil. And today, we generate more renewable energy than ever, more natural gas than anybody, and for the first time in nearly 20 years, America now produces more oil than we buy from other countries.
We decided to fix a broken health care system. And even though the rollout of the marketplace where you can buy affordable plans has been rough, so far, about 500,000 Americans are poised to gain health coverage starting January 1st. And by the way, health care costs are growing at the slowest rate in 50 years.
And one more thing: since I took office, we’ve cut our deficits by more than half. And that makes it easier to invest in the things that create jobs — education, research, and infrastructure.
Imagine how much farther along we could be if both parties were working together. Think about what we could do if a reckless few didn’t hold the economy hostage every few months, or waste time on dozens of votes to repeal the Affordable Care Act rather than try to help us fix it.
In the weeks ahead, I’ll keep talking about my plan to build a better bargain for the middle class. Good jobs. A good education. A chance to buy a home, save, and retire. And yes, the financial security of affordable health care. And I’ll look for any willing partners who want to help.
Because of your hard work and tough sacrifices over the past five years, we’re pointed in the right direction. But we’ve got more work to do to keep moving that way. And as long as I’m President, I’ll keep doing everything I can to create jobs, grow the economy, and make sure that everyone who works hard has a chance to get ahead. Thanks, and have a great weekend.