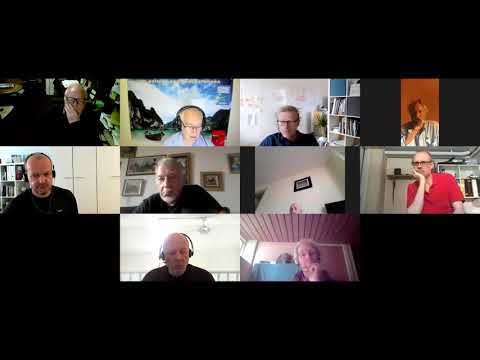 This was my second talk to Positiva Pengar, Sweden’s version of the UK’s Positive Money. Since I’d given a prepared talk just a few weeks before, I did this one in a more extempore fashion, with a lot of it being a dialogue between myself and the organizer Jussi Ora.

I used Minsky to lay out the accounting behind money creation–by both banks and governments–and made the general point that, since money is (aside from cash) the liabilities of the banking sector to the non-bank sector, to create money, an operation must affect both the Assets and the Liabilities side of the banking sector’s ledger.

This is the case for government deficits and bank lending, but not to the sales of bonds by the Treasury to Banks, or of Central Bank purchases of bonds from the Banks.

It’s always rather intimidating to try something like this live–what if something you don’t expect turns up? But it all went smoothly, and there was a good discussion, including with one of my Patreon supporters who rejects my argument–which is 100% consistent with MMT–that the deficit itself creates money.