Interview with Noam Chomsky about the Euro Zone, Austerity and Free Trade 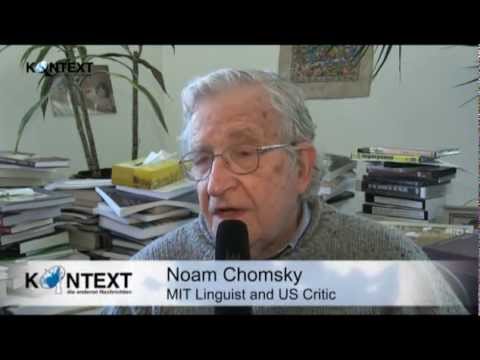 “The future of the Euro zone looks pretty dim unless primarily Germany changes its stance”, says Noam Chomsky. Germany was forgiven its huge debt by European countries after World War II so it could grow its way out of the crisis and became the major industrial center of Europe. Now Germany is in the lead in trying to prevent similar policies. “Austerity is no way to get out of a crisis, it just makes it worse”. Even the International Monetary Fund has pulled back from it. Meanwhile the famous article of the Harvard economists Reinhart and Rogoff which was used as the intellectual foundation of the austerity programs turned out to be flawed. “Deficits do in fact provide and stimulate demand. (…) Overcoming deficit is not a problem. It´s a problem for the banks and therefore it´s the center of the political debate because of their political power.” But for the population polls show the problem is jobs. “The lack of jobs is destroying a whole generation with all kinds of consequences for the future. In Europe it is even worse. And it is also harming the economy. A huge amount of potential growth is being destroyed because we have to worry about the non-existent threat of inflation.” The public just has less and less say when it comes to neoliberal policies, social cuts and free trade. “It´s not irreversible and there is plenty of protests. It might crystallize into popular movements which will compel serious changes. But it´s a long way to go and Germany is in the center of it because of its power.”