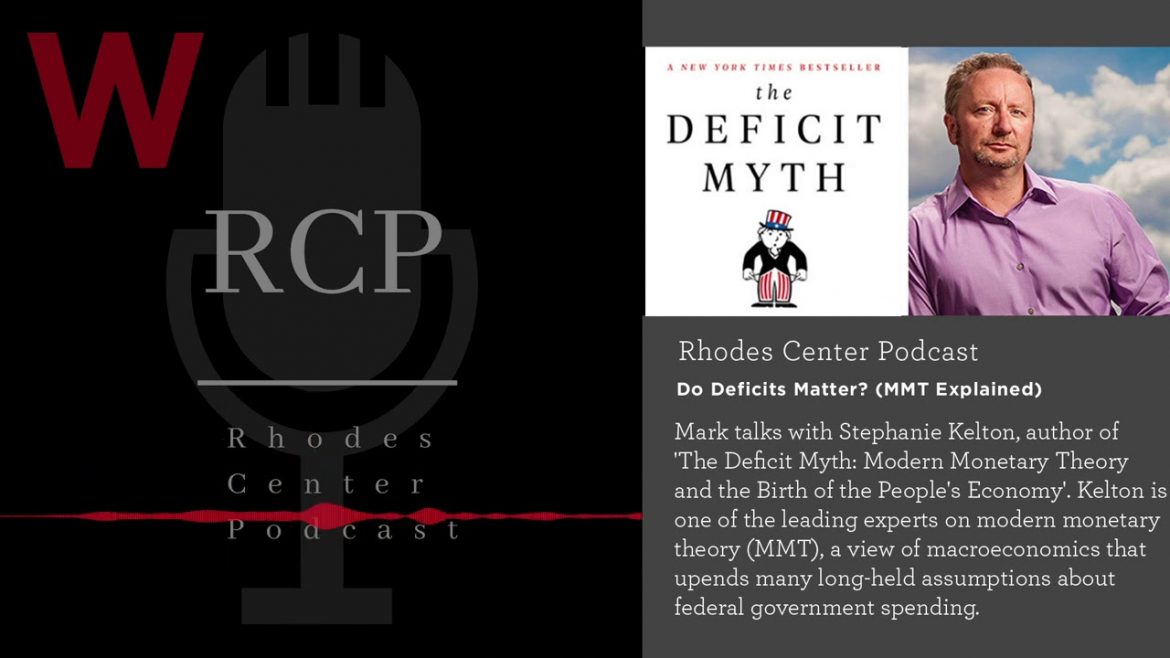 On this episode Mark talks with Stephanie Kelton, Professor of Economics and Public Policy at Stony Brook University and author of ‘The Deficit Myth: Modern Monetary Theory and the Birth of the People’s Economy’. Kelton is one of the leading experts on modern monetary theory (MMT), a view of macroeconomics that upends many long-held assumptions about federal government spending. Mark and Stephanie start by unpacking a key tenet of MMT: when it comes to spending, debt, and savings, governments are NOTHING like households. But as you’ll hear, that’s only the tip of the MMT iceberg.

You can learn more about and purchase Stephanie Kelton’s book here: [www.publicaffairsbooks.com/titles/step…1541736184/]

To hear the latest Rhodes Center Podcast episodes as soon as they’re released, subscribe on Soundcloud [https://soundcloud.com/rhodescenter] or on your favorite podcast app.