Sacrifice [What Will You Give Up To Reach the World?]—Pastor Ted Wilson 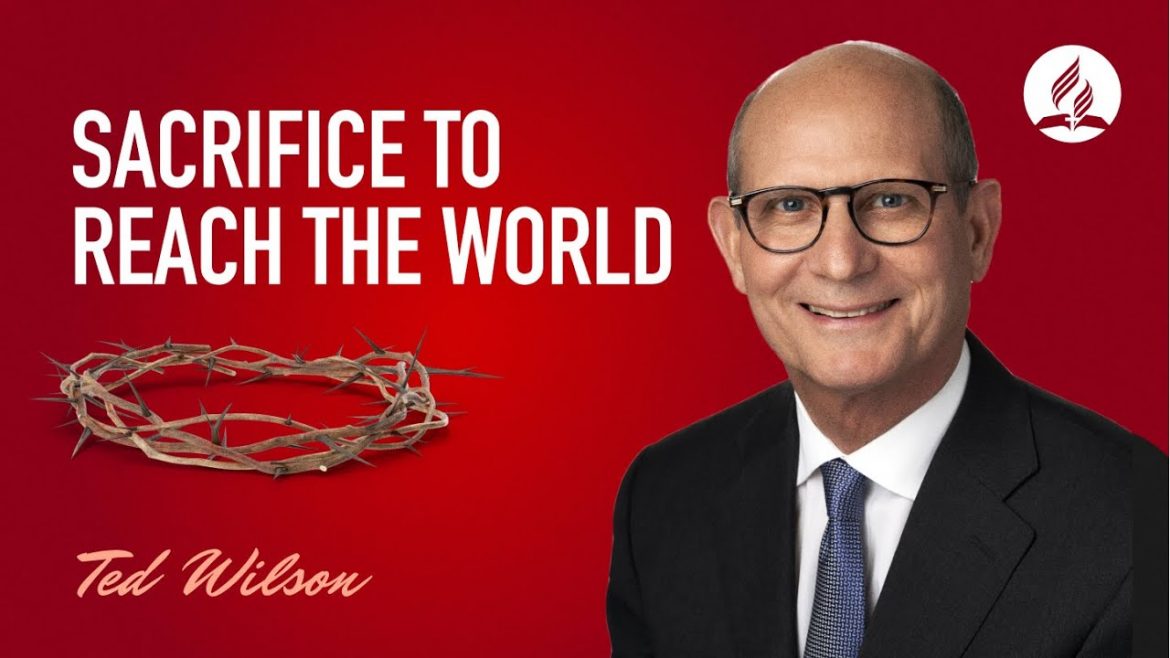 How was your Week of Prayer experience? We hope you were blessed and inspired.
Also, if you haven’t yet, please download the special weekly readings at:

As this year’s Week of Prayer culminates, Pastor Ted Wilson would like to invite you to participate in the Annual Sacrifice Offering:
https://Global-Mission.org/MySacrifice

This offering is collected yearly to fund missionary work around the world. It began in 1922, a few years after the first world war ended. The Adventist world mission work was rapidly expanding, but the struggling economies in Europe and the United States encountered funding problems.

During the Autumn Council of the General Conference Committee held September 20–27, 1922, in Kansas City, Missouri, the delegates decided to ask church members to give a weekly sacrifice to cover a quarter of a million-dollar budget deficit that year.

As a response, members gave more than $350,000. Over the years, this offering has continued, with 100% of it going to frontline Global Mission work for planting churches in the unreached and under-reached parts of the world.

The global economy is facing a similar challenge today. Yet, the challenge is even greater due to explosive growth in the world’s population and the nearness of Christ’s return. If we matched the self-sacrificing spirit of our members in 1922, we would strengthen the church’s pioneer mission outreach.

Pastor Ted shared a video entitled “Give So They Can Go.” The question here is, “What will you give up to reach the world for Jesus?”

With this, self-sacrifice is the challenge. Now that Jesus is coming soon, time is short. Yet, there are still millions of souls waiting to be reached.

As Christian Stewardship says, “The work of God, which should be going forward with ten-fold its present strength and efficiency, is kept back, like a spring season held by the chilling blast of winter, because some of God’s professed people are appropriating to themselves the means that should be dedicated to His service. Because Christ’s self-sacrificing love is not interwoven in the life practices, the church is weak where it should be strong. By its own course, it has put out its light and robbed millions of the gospel of Christ” (54).

Brothers and sisters, let’s turn on the light and reach the millions who are still in darkness. Let’s experience the privilege and blessing of working with God, claiming His promises, and beholding His glory as He works miracles of grace.